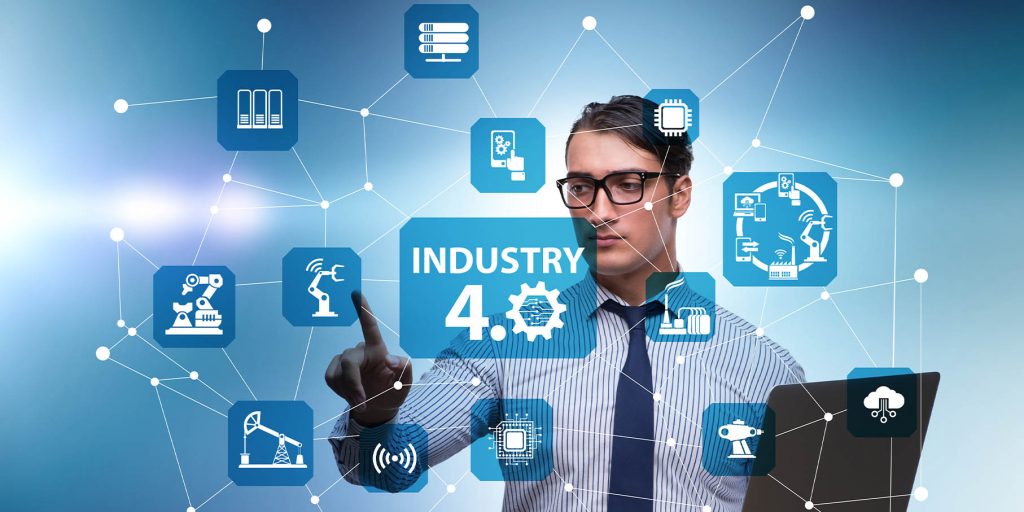 The last 3 revolutions can be listed as industrialisation, electrification and digitalisation. They were interlinked with continuity from one revolution to the next but the fourth industrial revolution (or so called Industry 4.0) is a distinct one and is evolving at an exponential rather than a linear pace. World Economic Forum defines Industry 4.0 as the way we deal quickly with the fusion of the online world and the world of industrial production. This brings with it, a transformational disruption in almost every industry. 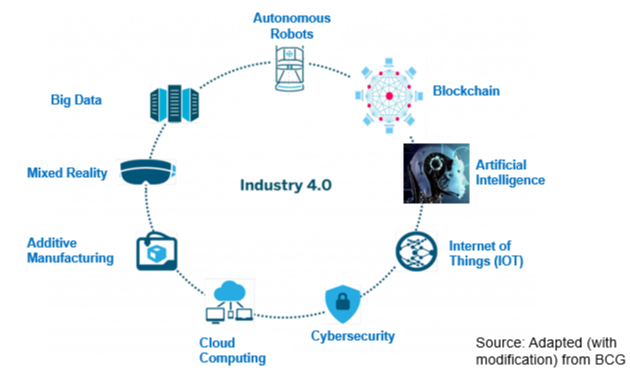 Past breakthroughs in technology such as steam machines, electricity and computer are tools that humans use to enhance labour productivity. In the previous revolutions, jobs and even industries disappeared but new jobs were created. With huge advances in the above shown areas along with Artificial Intelligence (AI) at its core centre, demand for highly skilled workers like IT, Data Science, Blockchain experts, Specialised sales will surge while demand for rank-and-file workers with less education and lower skills will drop. There is an hollowing out happening in the middle layer. At one end of spectrum, human limbs and sensory perception are still superior while at other end, creativity, communication and common sense are human comparative advantages. Hence, jobs in the mddle of the spectrum that are rules and logic based that can be easily programmed suffer from high risk of being victimised by digitalization and AI. Even routine and procedural tasks such as bank tellers, administrative clerks, travel agents, hospitality staff and drivers (with advent of autonomous vehicles) are at risk. AI is proving to be highly retentive with untiring memory for analysis and deduction which means even white collar jobs might not be spared – radiologists, investment advisers, lawyers, auditors, journalists and pharmacists.

So it is apparent that job market is a bit like Goldilocks breakfast – piping hot for some roles but icy cold for others.

All this mean new multi-disciplinary skills need to be acquired by our workforce who are compelled to deal with increasing ambiguity and uncertainty. Those who do not upskill or reskill will be the first casualties to leave the market. Similarly, those with inflexible mindsets, refusing to adapt to change, will be left far behind. Cultural change has to happen to adapt and embrace new labour companions (like robots), to encourage mutual learning between man and machine. We need to evolve into potential creators not just consumers.

More than 35% of skills considered important today will have changed within the next 5 years. If Moore’s Law applies to employment, it would mean workers must master new sets of technology every 2 years or so. McKinsey estimates that 60% of future jobs would have more than 30% of activities automated by technology. Artificial intelligence and robotics will rebalance what jobs look like in the future.

International Bar Association, a global forum for legal profession set up in 1947, reports that competitive advantage due to cheaper workforces will soon be eroded by robot production lines and intelligent computer systems. The report illustrates with an example of a German car worker who will cost more than 40 Euros an hour versus a robot costing only between 5 to 8 Euros. On top of it, machines will not fall sick or go on strike or have personal commitments. So, manual and routine tasks are more susceptible to automation while social skills are relatively less automatable.

Another trend is Digital Taylorism – where even the white collar work (PMET) is not spared – this can be broken down, standardised and computerised so that it can be delivered by cheaper and lower-skilled workers.  Analysing X-rays, drawing up legal contracts and processing tax returns are some examples of such PMET jobs. All these data further add weight to the importance of acquiring specific skills for the future economy whilst knowledge is becoming a commodity.

A 2015 Harvard Business Review article by Professor Thomas H. Davenport and Ms Julia Kirby entitled “Beyond Automation” attempts to take an alternative view of the situation. Instead of analysing what tasks currently performed by humans will soon be done more cheaply and rapidly by machines, they pose a question – What new feats might people achieve if they had better thinking machines to assist them? So we can reframe the threat of automation as an opportunity for augmentation. Collaborating with robots (instead of worrying about being replaced by them) unlocks the power to bring about growth in business growth, economic growth, personal and professional growth. This further reiterates the significance of attaining higher-order skills.

An IBM Survey below further points out the behavioral skills that are critical for workforce. 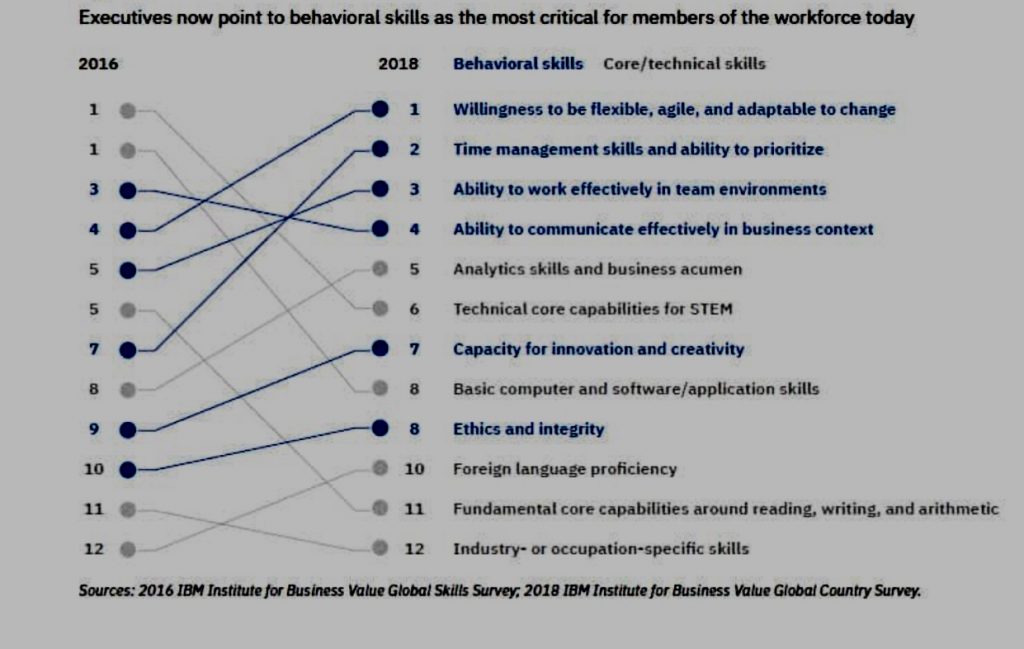 Drawing data from the IBM Survey, World Economic Forum as well as from our own experiences with organizations globally, Avvanz envisions the following skills to be very essential for the future economy:

1) Open to change, be the change and be adaptable to change – This is very critical especially now that we are faced with drastic unexpected circumstances all around us

2) Cognitive flexibility to switch between different types of thinking dimensions and mindsets. The flexibility should extend to being able to work across multiple disciplines and extract and integrate concepts from different fields. Knowing one’s own discipline alone is not sufficient anymore. Interdisciplinary skills are now considered valuable as it enables the employees to apply a holistic and cross-discipline knowledge to their area of work.

3) Innovative and Adaptive thinking along with computational thinking and data analytics now that Big Data is a reality in our daily lives now. Design thinking, Lateral thinking, Systems thinking and Reductionist thinking are some of the complementary approaches to the thought process.

5) Managing people the new age way – We can’t manage the millennials (who form part of the 3 generations who are co-existing in our workforce now) and the freelancing workers the same way we were managed decades ago. Traditional managerial and leadership frameworks and methodologies are gradually losing relevance and have to be revamped.

6) Virtual collaboration – To be able to do this effectively, we need literacy in various technological platforms. Organizations now collaborate across territories and time zones. Even training and development have started to leverage the workspace. Whilst technology is just the enabler, the skill to leverage this and collaborate effectively is vital.

7) Emotional intelligence – This is needed both in real-life and in virtual space. It has elements of self-awareness, self-management, intrinsic motivation, empathy and social skills. In addition to IQ and CQ, EQ has a prime importance.

8) Advanced negotiation techniques – These will greatly aid in workplace, client-vendor environment and upward and downward management. Negotiating productively for win-win situations is essential.

9) Service orientation – In Industry 4.0 or future revolutions, I highly doubt robots can offer a high degree of human touch and hence this will continue to be a key skill we need to possess. Whilst there are hotels and restaurants utilize robots to serve customer, in my opinion, it will never reach the extent to which a human can serve the customers. That being said, a vast number of people in service industry are acting like robots with no “intimate touch” and this calls for a deep service orientation.

10) Technical entrepreneurship – This itself requires many skills and unique characteristics like risk taking, persistence, marketing savviness and coding skills to name a few. As an Executive of the Year for HR Technology award winner, I strongly believe that Technology can be applied in any kind of industry or market segment.

Now that we have talked about the key skills needed for the future economy, we have to accept that even the process of acquiring these skills have moved beyond the traditional classroom setting. In Avvanz, we are increasingly seeing leaders of business, HR and learning and development requesting for a blended learning approach to actively and effectively engage the workforce to upsklll them to get them ready to scale with the future economy.

The author, Kannan Chettiar, is Managing Director of Avvanz as well as an established Certified Trainer. He has worked with several global and regional organizations to map out highly contextualised, customised and localised training and development programs. He has delivered thought leadership talks and webinars on Industry 4.0 and the critical skills needed for future economy. 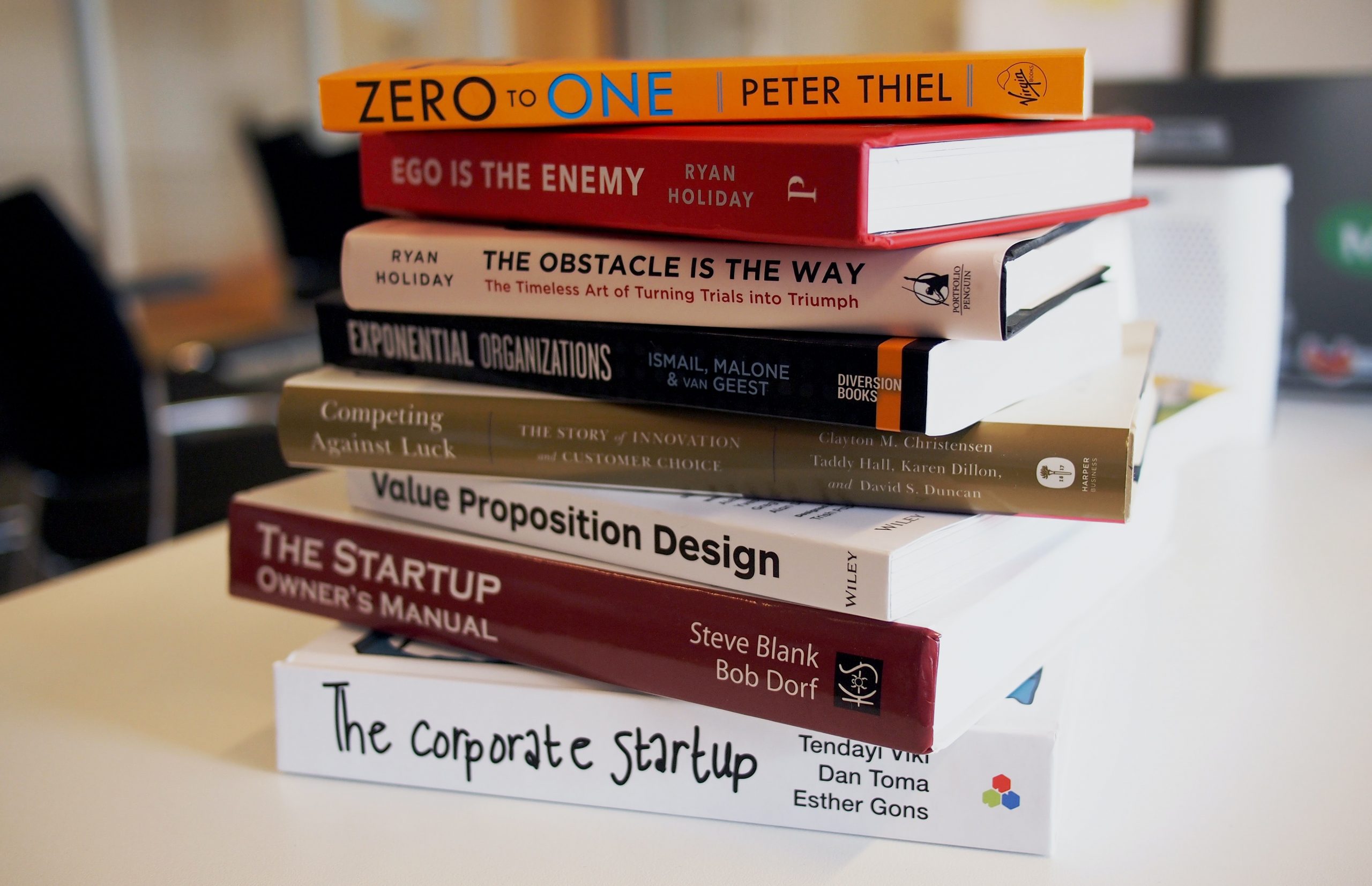 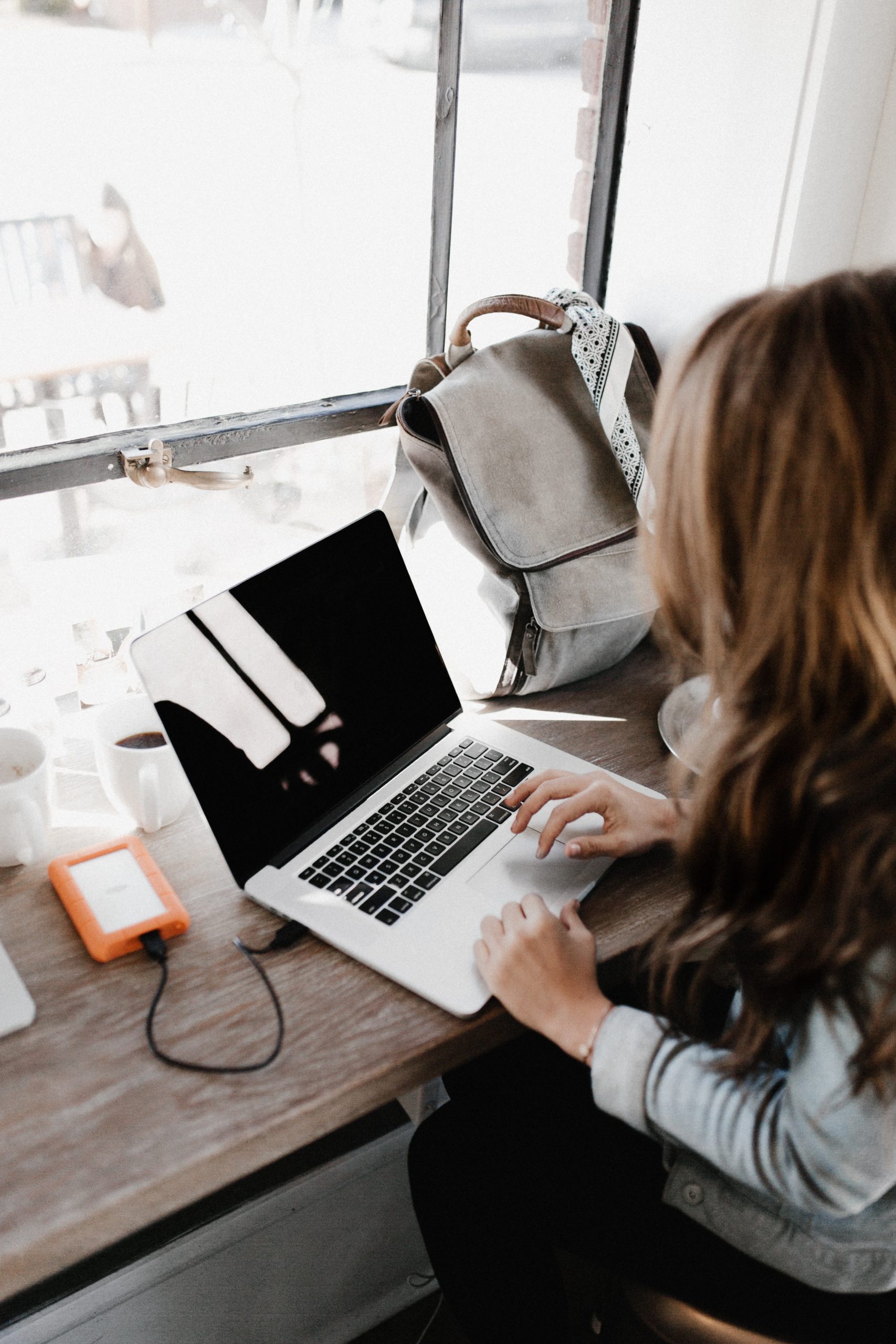 AVVANZ is awarded as HR Technology Company of the Year 2021 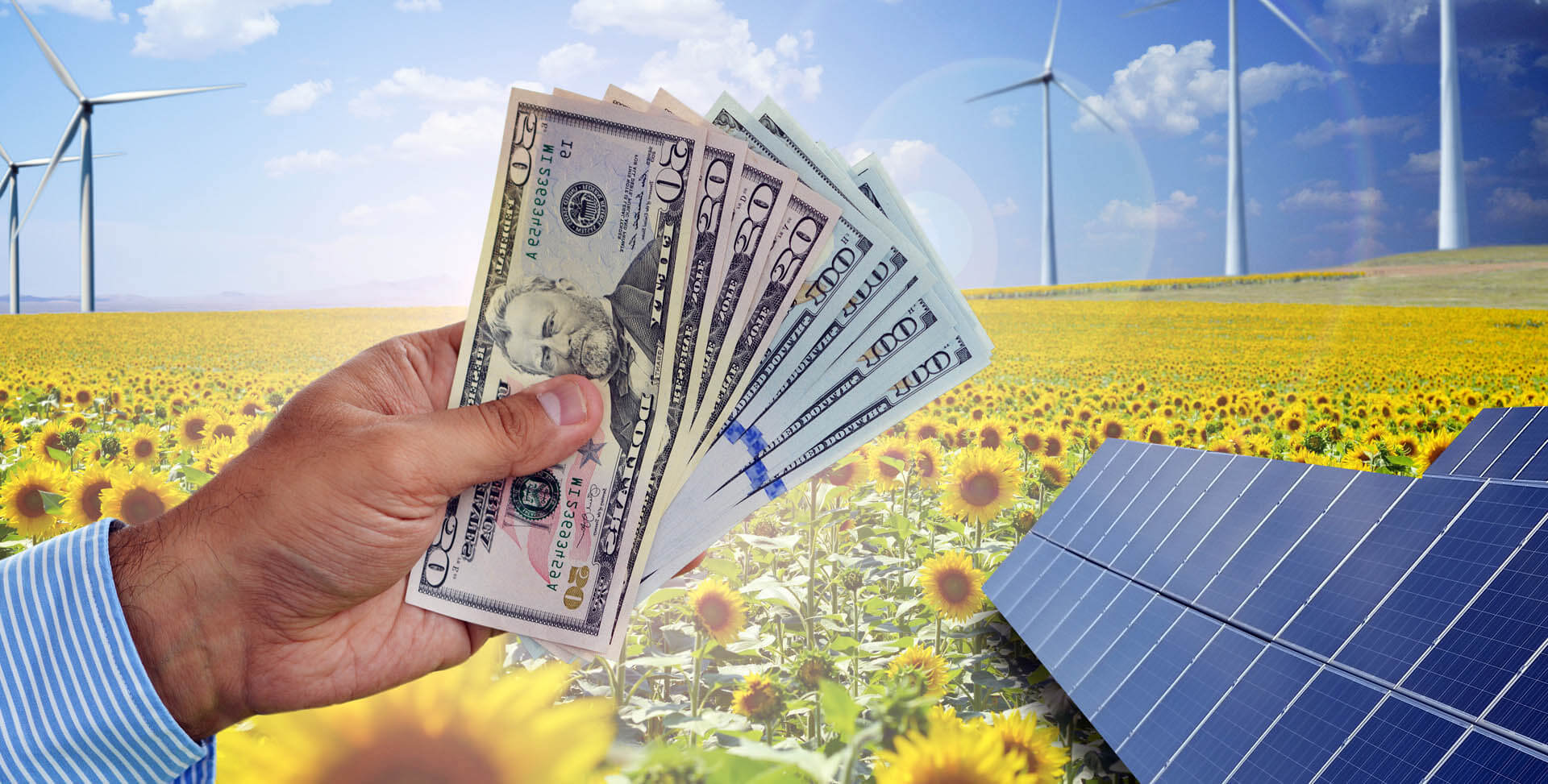 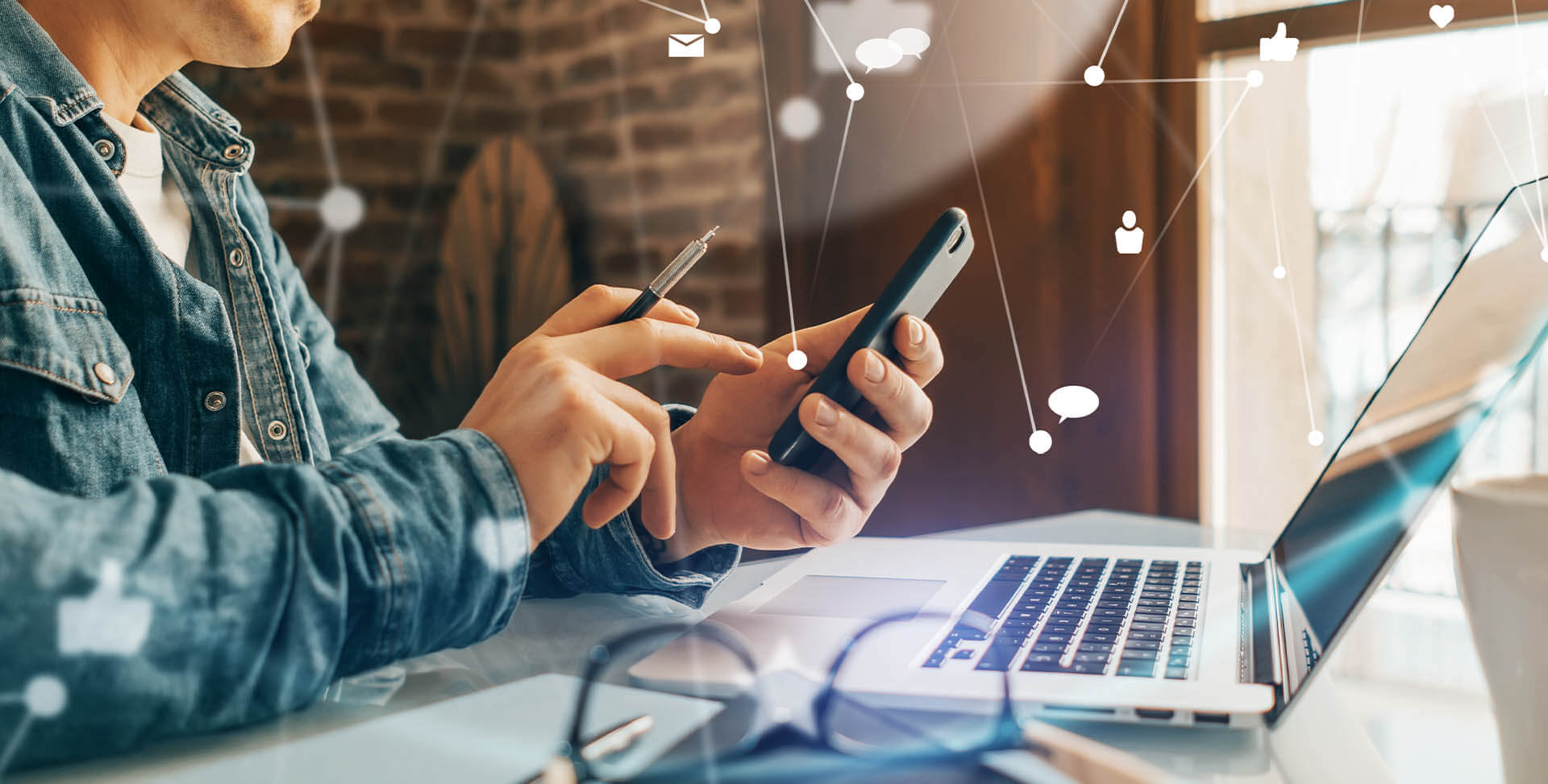 The Hidden Risks Of Hiring Remotely How Fintech Is Transforming The Underwriting Process Tips To Have An Effective Teacher Hiring Strategy